Tonight is the fourth night of Chanukah 2010. In honor of everyone's favorite not-so-religious Jewish holiday, I'm sharing the Chanukah remix of "Dynamite," from CNN's Belief Blog. It's about time we had a valid replacement for Adam Sandler's Chanukah song:
http://religion.blogs.cnn.com/2010/12/03/hanukkah-video-helps-jews-sing-new-tune/?hpt=C1

My firm held its annual Latkes and Vodkas party on the first night of the holiday. I've probably never seen so many varieties of vodka in one place, and I'll probably never again try the wild cherry flavor, which is way too Robitussin red to be a drink any adult should be tasting.

Former Vermont Governor and Presidential candidate Howard Dean made an appearance to light the menorah. I was rather impressed by his knowledge of not just the first Chanukah prayer, but all three. Who really knows the second and third ones anyway? Don't we just kind of mumble our way through those? He must have learned a lot on the campaign trail. 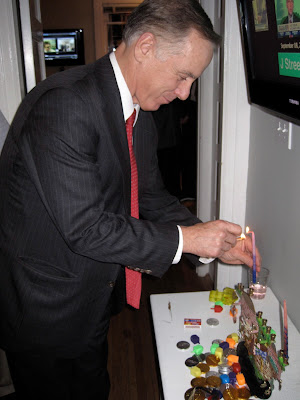 The Conn Men theme was a big winner. 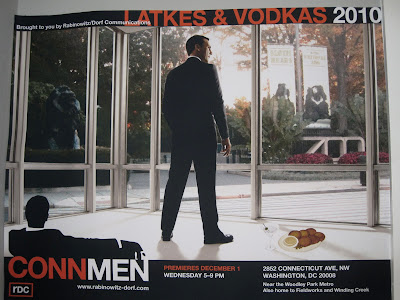 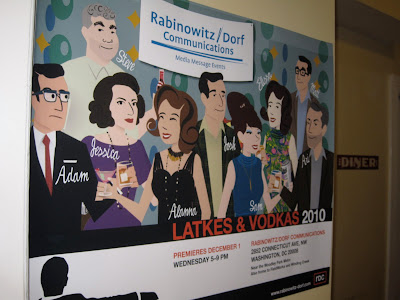 Posted by samantha.p.friedman at 5:26 PM